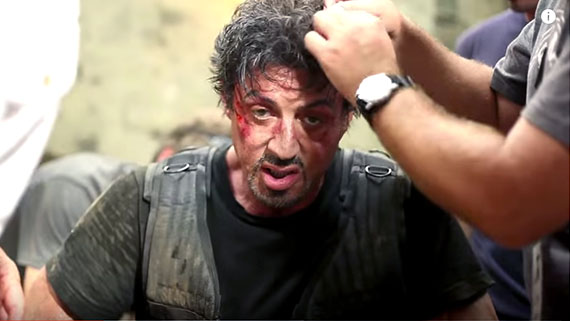 Watch Clip and scroll down for more info.

Over ten terabytes worth of behind the scenes footage for The Expendables were cut together to create several different pieces of promotional material released in the weeks leading up to the film's premiere. Inferno; Making the Expendables, a 90 minute documentary focusing on Sylvester Stallone's experience creating the movie, premiered on the movie channel Epix HD, and later went on to Spike TV and Netflix. Additional material was cut together for a web series on iTunes and a 15 minute featurette on Epix HD. The Expendables opened number one at the box office and grossed over $250 million during its theatrical release.

The footage was then re-edited to create additional material for The Expendables DVD and Blu-Ray, which sold $20 million in their first week available.