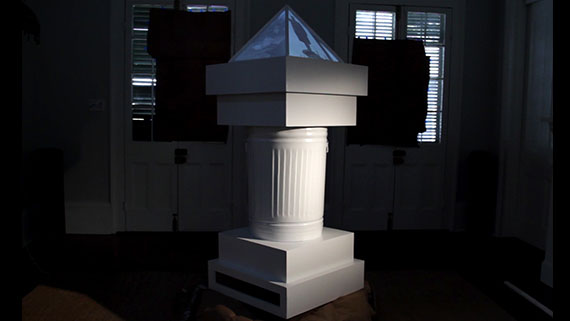 Monument is a four channel video installation and sculpture exploring reactions to monuments around the world. The work premiered at The Ogden Museum of Southern Art August 6 through September 18, 2016 as part of the Louisiana Contemporary exhibit and Whitney's White Linen Night, then later went on to be displayed at Runaway Studios in Lafayette, LA as part of Southern Screen 2016. The videos consist entirely of footage appropriated from YouTube. The sculpture was created with assistance from Stephen Price and Panacea Theriac.